VBMS and consortium partner Prysmian Powerlink have been awarded a contract by Jersey Electricity.

The contract is for the supply and installation of an interconnector between Jersey, the largest Channel Island, and France. The 28-kilometre 90kV HVAC cable, part of Channel Island Electricity Grid (CIEG), will connect both grids in order to improve the electricity supply to the island of Jersey.

The cable, manufactured at Prysmian Arco Felice, Naples, will be installed by VBMS in mid-2016. The scope of work also includes 2 complex landfalls. For the first landfall at Surville, France, VBMS will perform a 300-metre long HDD under the dunes followed by the installation of the cable through a rocky gulley, close to where the existing in service Normandie 2 cable is located. The second landfall will be carried out at Archirondel, Jersey, by means of float-out and direct pull-in into the onshore substation. Due to a tidal range of 10 metres at spring tide, VBMS will deploy its cable-laying vessel Stemat Spirit, which is eminently suited for such challenging shallow water operations.

VBMS CEO Arno van Poppel says: “After the repair we carried out between Guernsey and Jersey earlier this year, under our existing framework agreement with CIEG, we are very pleased to have signed another contract. We are looking forward to adding the next successful project to our track record for Jersey Electricity.” 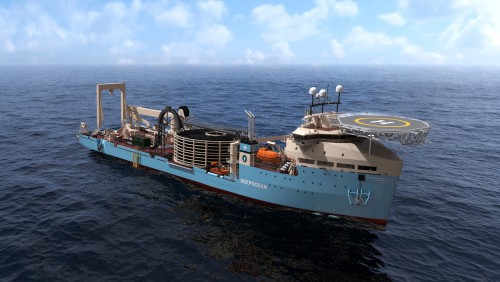