Recently the Goliat FPSO was successfully floated off the heavy-lift vessel, Dockwise Vanguard, in the fjord outside Hammerfest.

The FPSO arrived in Hammerfest, Norway on Dockwise Vanguard six days ago (April 17, 2015) following a long journey from South Korea.

According to Eni, the operation went according to plan, and the platform will now be temporarily moored in Ersvika, six kilometres south of Hammerfest.

Once in Ersvika, work to complete preparations for tow out to the Goliat field will begin. This will include inspections, tests and checks of all systems and equipment. 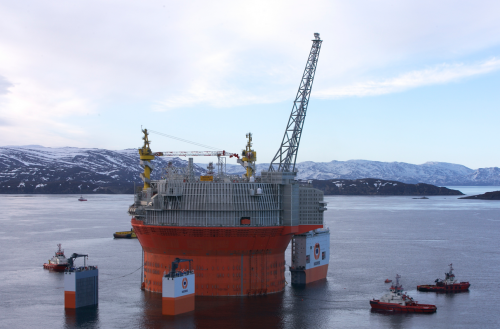