Fifteen workers have been evacuated from a North Sea oil platform after a supply vessel collided with the facility Monday morning, March 16.

The incident occurred at Apache Corporation’s Forties Echo wellhead platform, located approximately 110 kilometers east-northeast of Aberdeen, Scotland on the UK Continental Shelf.
According to reports, the supply vessel Sea Falcon was offloading supplies onto the platform when the collision occurred. The 15 people were airlifted from the platform as a precaution, reports say.
The platform has been shut down and there has been no leak of hydrocarbons, according to a statement from Apache obtained by the BBC.
No injuries were reported.

The Forties Echo platform is one of five manned fixed steel units at the Forties field. Water depth at the field ranges from between 95 and 128 meters. 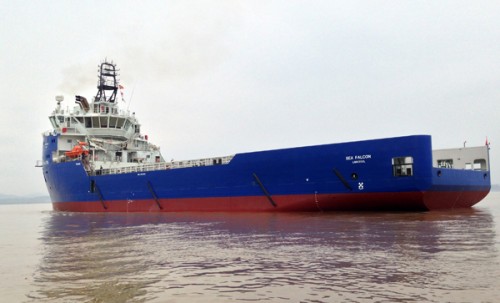